Japan has one of the largest worldwide reserves of geothermal energy, and it is expected to be developed for power generation via renewable energy. JFE Engineering was involved in the design and engineering of Matsukawa Geothermal Power Plant, which was the first geothermal power plant in Japan. We have also constructed steam separation plants, steam gathering pipelines, brine re-injection pipeline and associated instruments and control systems. Ever since 1966, JFE Engineering, as a pioneer, has been gaining experience in E.P.C. for nine geothermal power plants in Japan as well as plants in both Indonesia and Kenya. 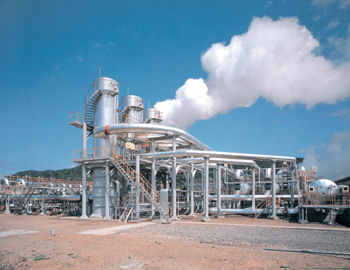 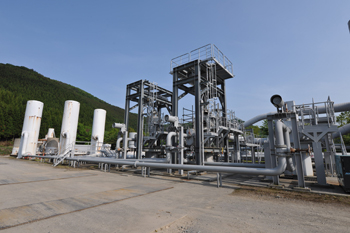 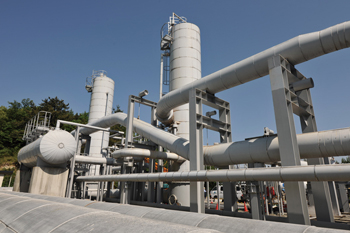 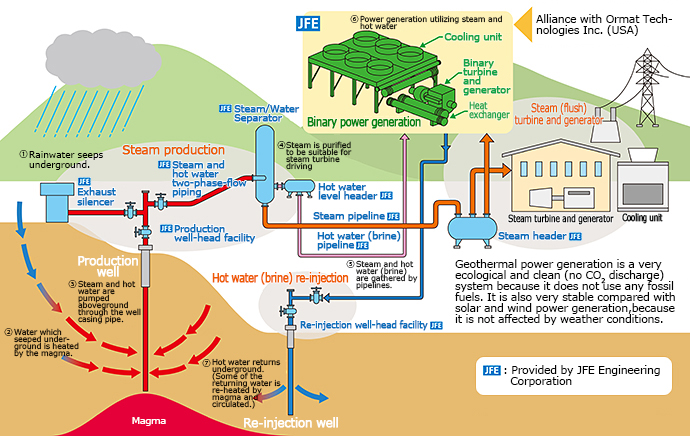 In 2010, JFE Engineering entered into a business alliance for binary power generation system with Ormat Technologies, Inc. (USA). This binary power generation system boasts the highest level of reliability and efficiency as well as a global track record of more than 1.20 million kW. The generating units have a wide output range of 250 to 15,000 kW. 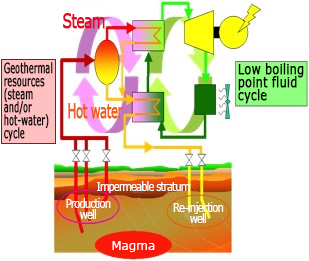 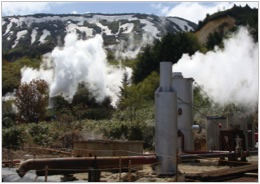 In 2012, JFE Engineering received an order for a Feasibility Study of Power Generation Utilizing Tsuchiyu Hot Springs from the Ministry of the Environment. Study results showed that a Binary Power Generation System would satisfy the required power output.  Tsuchiyu Hot Spring Cooperative Association and JFE Engineering are planning further study for commercialization as an independent power producer. 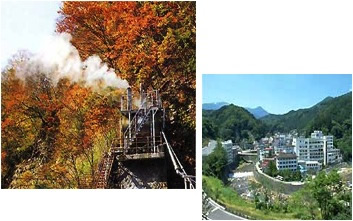